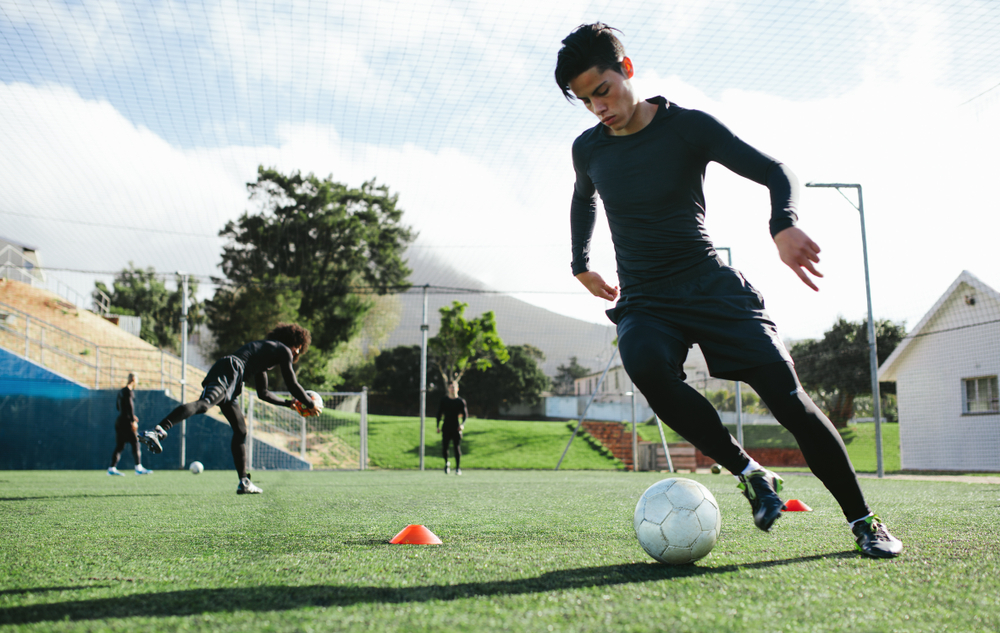 FIFA, the international governing body of association football,* has announced it will use AI-powered cameras to help referees make offside calls at the 2022 World Cup.

The semi-automated system consists of a sensor in the ball that relays its position on the field 500 times a second, and 12 tracking cameras mounted underneath the roof of stadiums, which use machine learning to track 29 points in players’ bodies.

Software will combine this data to generate automated alerts when players commit offside offenses (that is: when they’re nearer to the other team’s goal than their second-last opponent and receiving the ball). Alerts will be sent to officials in a nearby control room, who will validate the decision and tell referees on the field what call to make.

FIFA claims this process will happen “within a few seconds and means that offside decisions can be made faster and more accurately.” The data generated by the cameras and ball will also be used to create automated animations, which can be played on screens in the stadium and in TV broadcasts “to inform all spectators in the clearest possible way” of why the call was made. Previous post Schwab-owned Jacinda Ardern announces New Zealand vaccine passes and mandates will end – so how do all those people told to have the fake vaccine or lose their job feel now? The woman is a catastrophe and how many have died because of her?