The 13-member boy group—composed of S.Coups, Wonwoo, Mingyu, Vernon, Woozi, Jeonghan, Joshua, DK, Seungkwan, Hoshi, Jun, The8, and Dino—went to the Philippines over the weekend for the Manila stop of their Be The Sun World Tour.

The group’s sold-out two-night concert was held on October 8 and 9, 2022, at the SM Mall of Asia Arena in Pasay City.

After treating their fans to amazing performances, some members of SEVENTEEN took the time to enjoy themselves and were even spotted exploring some areas near the Mall of Asia complex.

The K-pop boyband’s Filipino fans, who call themselves CARATs, were on the lookout for sightings of the members during their stay in Manila.

Lucky Filipino CARATs spotted Mingyu casually strolling around SM Mall of Asia, just hours after the group landed in the country last Friday, October 7, 2022. He was accompanied by his manager.

Many netizens were amazed that fans did not chase after Mingyu to take selfies, and instead respected his personal space.

Some even delayed posting the videos and photos they shot to protect the idol group member. It was only on Saturday, October 8, that his photos started circulating on social media sites.

In a photo posted by Twitter user @mingyulogy, Mingyu was seen posing for some photos with Manila Bay as his backdrop.

The K-pop idol was clad in a hoodie, shorts, and black slip-on slippers.

Later that Saturday, Mingyu delighted his Filipino fans after he uploaded the photos he took during his seaside stroll.

JUN AND THE CHRISTMAS TREE

SEVENTEEN’s Jun also went out of their hotel during his free time.

On Friday, October 7, the 26-year-old K-Pop group member updated Instagram with photos of himself posing in front of a giant Christmas tree. The photos were actually shot at S Maison in Conrad Hotel, Pasay City.

In the caption, he wrote (as translated in English), “A mini Christmas [Christmas tree emoji]”

Meanwhile, Instagram user @acobajena quipped, “How do say you’re in the Philippines without actually saying it? [emoji]”

After Jun posted his photos, fans swarmed to the same spot to recreate his social media post.

Of course, the group’s Manila visit wouldn’t be complete without trying some Filipino food.

S.Coups was able to satisfy his craving after their concert.

Fellow member Hoshi posted an Instagram Story of the group enjoying their Filipino meal at the hotel.

In the photo, a bucket of Chickenjoy from Jollibee and a food box from Mang Inasal were visibly seen.

Hoshi wrote in the caption (as translated in English), “This is it 2” 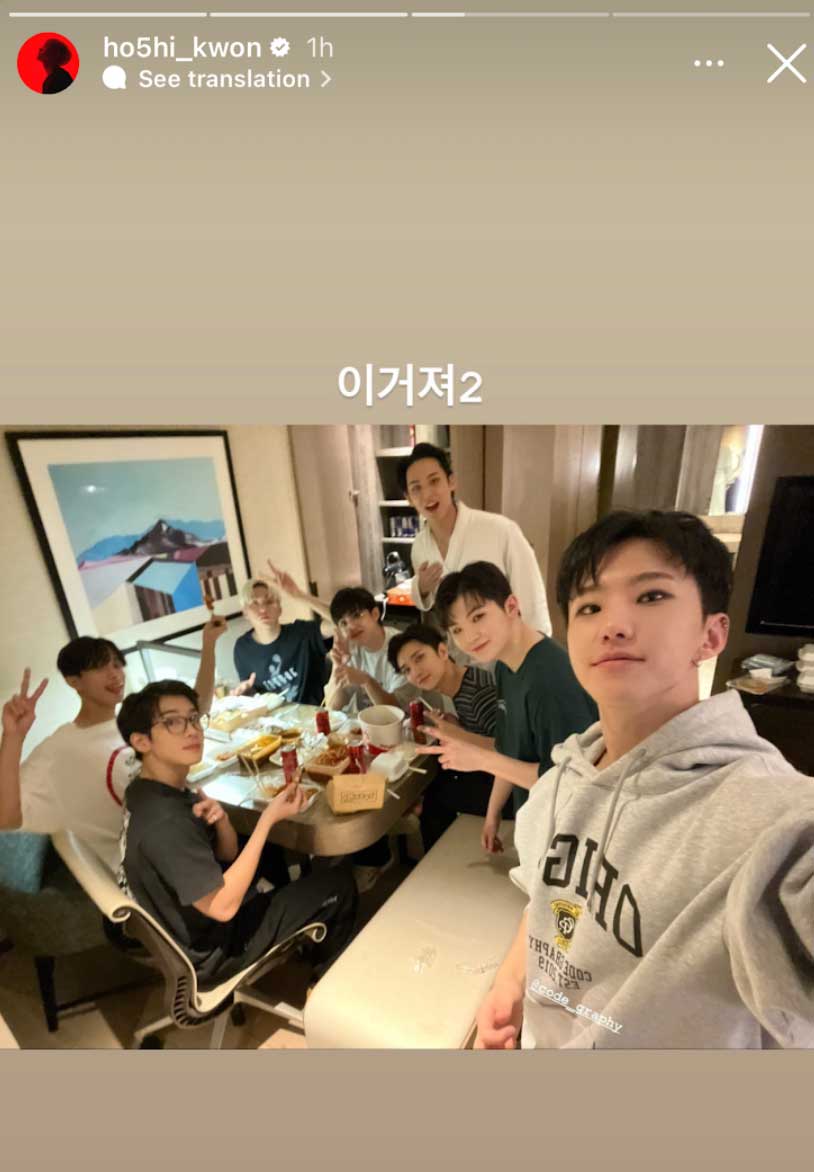 Less than a month ago, SEVENTEEN’s Joshua was spotted with his mother at Bonifacio Global City in Taguig.

He even went to The Island at The Palace, an al-fresco dining space inspired by the beach and pool clubs of Bali and Saint Tropez.

According to Twitter user @forkoojin, they saw Joshua enjoying his private time with his mom.

The said Twitter user even revealed that they delayed posting the video of the K-pop star to respect his privacy.

Joshua’s unplanned Manila visit recently became a trending topic after he shared his mishaps in a recent live stream.

Joshua revealed that he was scammed by a taxi driver, who charged him three times the actual fare. He also experienced difficulty withdrawing money from ATMs and did not enjoy the pricey restaurant where he and his mom ate.

But the K-Pop star clarified, “I’m not saying that Manila is a bad place to travel. I’m just sharing my own experience, and that is what sort of thing that could happen to you if you go on a trip without making any plans in advance.”

LTFRB also warned PUV drivers and operators that they could be fined and their certificate of public convenience could be revoked for overcharging passengers.