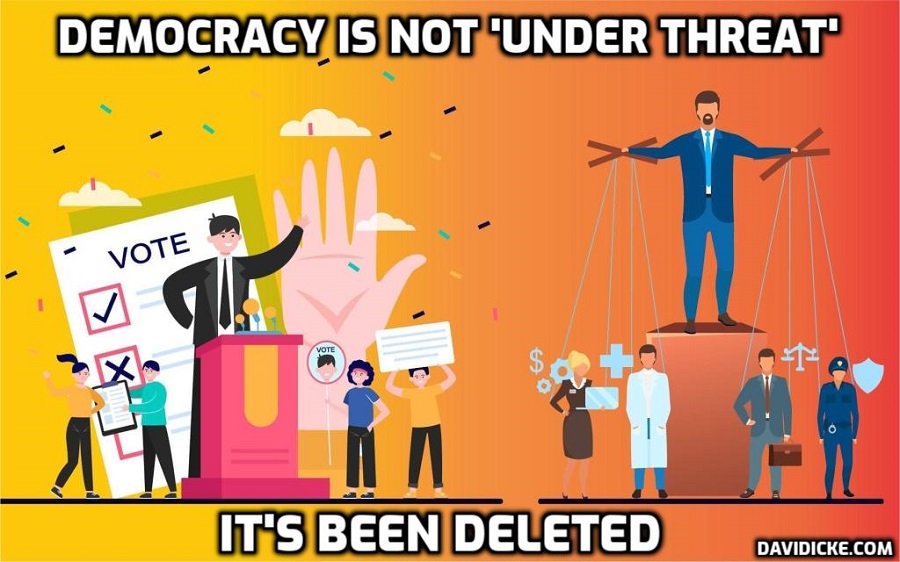 The World Health Organisation (“WHO”) and the World Economic Forum (“WEF”) begin a four-day meeting on Sunday as they continue to close the net on your right to choose.

The WHO has launched a plan for a so-called Pandemic Treaty which would give it unprecedented, undemocratic jurisdiction over its 194 member nations, including the UK.

Under the treaty, the WHO could order mandatory vaccines, digital health IDs, lockdowns, isolation, testing regimes, no-jab-no-job rules, or anything else it decided as policy, irrespective of dissenting voices. If the UK signed up, the Government would lose any sovereign power to decide this country’s fate in the event of another pandemic, or other health issues.

World Health Organisation Treaty An ‘Undemocratic Farce’, News Uncut, 13 April 2022
Here’s what you can do to help protect YOUR future.

In the plans for a Pandemic Treaty, the WHO would have complete control over health regulations of all nations in the event of a pandemic “or other health emergency.” The plans have been described by the World Council for Health as an “undemocratic farce”.

Although alternative and independent media have covered this momentous and world-changing potential power-grab by the unelected WHO, the corporate media has been largely silent over the issue.

But thanks to increasing pressure from concerned voters, a few MPs have started to be aware of plans by members of the WHO to discuss it in August 2022, make it law in 2023 and put it into practice by 2024.

I just tabled a written question to @sajidjavid and @DHSCgovuk, asking for both a written and an oral statement on the UK’s negotiating position in relation to the proposed international agreement on pandemic prevention, preparedness and response under the auspices of @WHO https://t.co/xY9ZsqKjKw pic.twitter.com/ByzN0vpVyX

About time too. Given that Brexit was largely fought for on the issue of our sovereignty and was debated extensively and accompanied by a referendum, you would think that the very same issue of sovereign control would be concerning MPs and media barons alike.

Not a bit of it, it seems. Here we are, about to cede authority and oversight in a key area of our lives to the WHO with undue haste, minimal communications, no debate and no referendum.

I say ‘about to cede authority’ because already Prime Minister Boris Johnson has written about his commitment to this proposed treaty, as has US President Joe Biden. When the leaders of countries nail their flags to the mast so early on it is difficult for MPs and legislators to take the opposite road.

Read More: WHO’s Pandemic Treaty is A Clear and Present Threat to Democracy