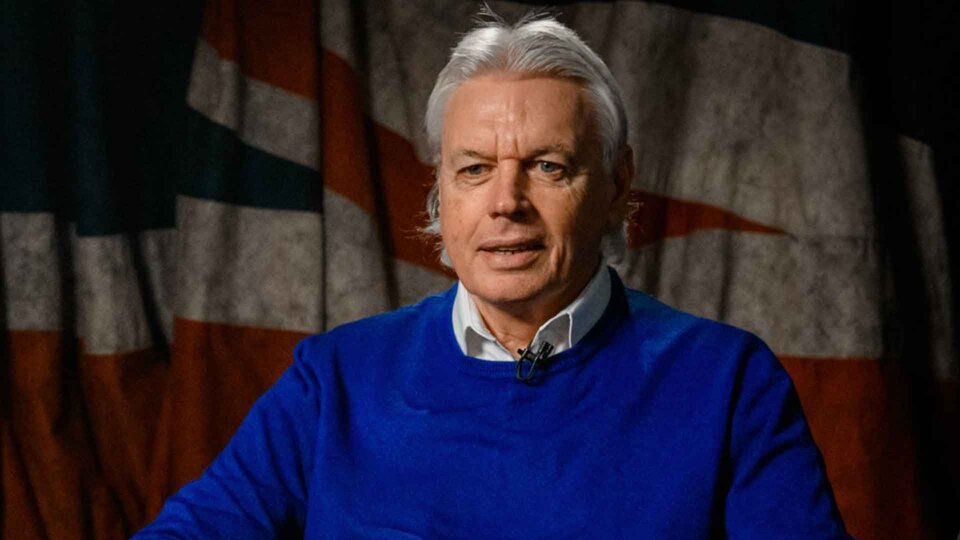 “When headlines first started appearing in mainstream news that claimed David Icke was anti-semitic, this was his reaction:
He called them up and said “before I call my lawyer, can you provide any evidence of your claims that I’m anti-semitic with a direct quote?”
Every news source took the articles down, as they were unable to provide any such evidence (often to their own surprise). That should answer your question.
Over the years, news sources kept repeating the false claims that had stuck in the minds of those who are unfamiliar with his work and he gave up trying to call them all as he couldn’t keep up.
Anyone who has actually read any of his books knows with 100% certainty he is definitely not anti-semitic.
The man’s worldview is that we’re all One, for crying out loud. He’s as anti-racist, anti-sexist, and anti-discriminatiry as it can possibly get. He fights against group-think and discrimination of all kind passionately. A big aspect of the conspiracy he’s exposing is that Divide & Conquer tactics are being used on the public by those in power to divide us racially, sexually, politically, religiously, etc… and he’s trying to STOP that division — not add to it. He often speaks about how badly Jewish people have been treated and how they are some of the hardest hit victims of the conspiracy he exposes, not the culprits.
The only way one could possibly think David Icke is anti-semitic or discriminatory in any way is if that person completely misinterpreted his work in the worst possible way or never read it in the first place — therefore basing their opinion of him based on defamatory headlines written by people who have also never read his work.
Or, they might think he is using codewords for Jewish people when he talks about extra-dimensional beings… which is absolutely not true. He’s talking about the same extra-dimensional beings some cultures/religions call demons, some call wetiko, some call djinn, some call Archons… they’re all speaking of the same spiritual being. It has nothing to do with Jewish people whatsoever.
If anyone disagrees, I’m willing to have a discussion if you can provide a single quote from David Icke (not something someone else said about him) that is anti-semitic.
Many powerful people want to silence David Icke due to what he’s exposing. Falsely claiming he’s anti-semitic is an easy way to accomplish such censorship. It also causes people to dismiss his work without investigating (pseodoskepticism) which is precisely what they want.
Frankly, it shows he’s on to something legitimate when those in control are so desperate to silence him that they have to make up such ridiculous and obviously false accusations in order to shut him up. They’re desperate for people to dismiss him without looking first. They’ve used every cheap trick imaginable on him to try to destroy his reputation. And yet, after three decades of it he’s still one of the top in his field in terms of popularity and success regardless”