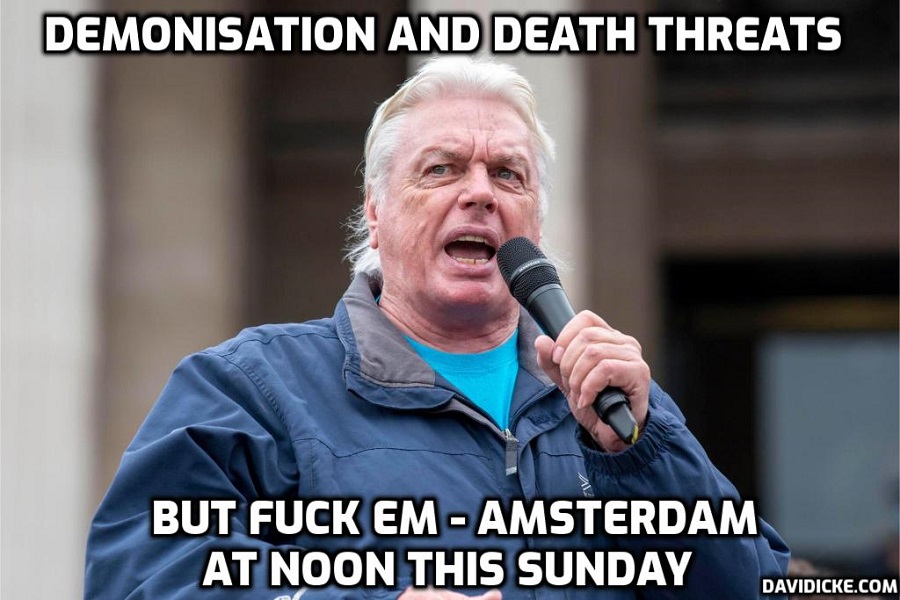 The municipality of Amsterdam is moving a demonstration of the organization Samen voor Nederland from Dam Square to Museumplein. British conspiracy theorist David Icke will speak at the demonstration next Sunday.

According to the municipality, three counter-protests have been registered. The Dam, with all the bustle of visitors and the narrow streets around it, is not a suitable location, the municipality believes. The different demonstrations are then not easy to separate from each other. In addition, after consultation with the police and the Public Prosecution Service, “it is strongly taken into account that disorder may arise”. There is more space on the Museumplein and the police can maintain a better overview.

Together for the Netherlands goes to court to be able to demonstrate on Dam Square, the organization reports in a press release.

There has been a lot of talk about the announced arrival of Icke for weeks. He is a supporter of conspiracy theories about so-called ‘illuminati’, who would be out for a new world order. However, the Brit goes further and thinks that there are elites on earth that partly consist of a network of alien reptiles, by which he means Jews according to critics.

The Center for Information and Documentation Israel (CIDI) has already said that Icke should be banned. According to the CIDI, the Briton is an anti-Semite and a Holocaust denier.

The center refers to 2016, when British historian David Irving was not allowed to speak in Amsterdam. He is notorious for his denial of the Holocaust.

Amsterdam has asked the IND to investigate whether Icke can be stopped at the border, but has not yet received an answer.