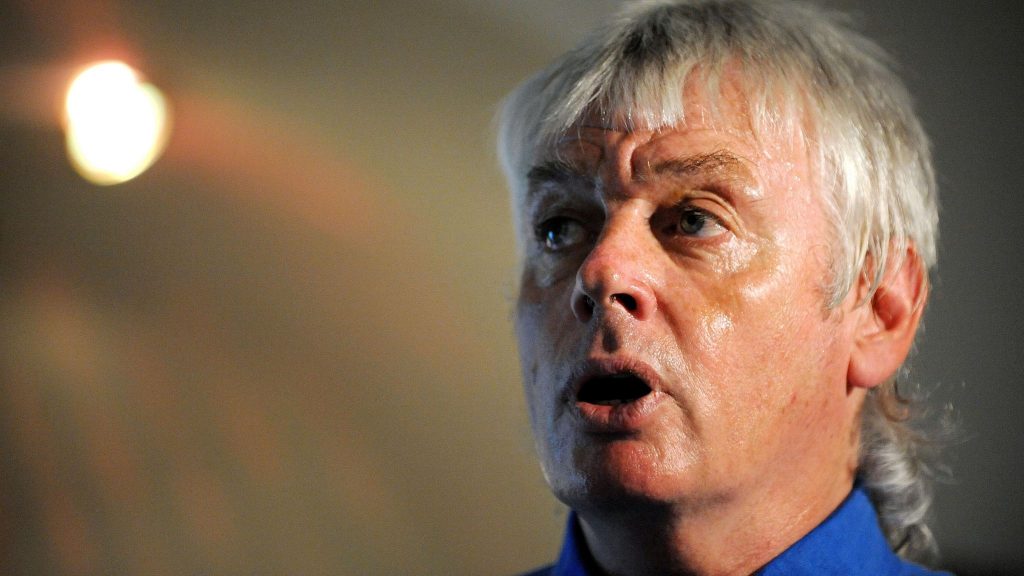 British conspiracist David Icke has been banned from entering dozens of European countries for two years because he “poses a threat to public order”.

It is part of restrictions placed on him by Dutch authorities to stop him from attending a planned weekend demonstration in Amsterdam.

The former footballer has already been removed from Facebook and Twitter for spreading misinformation about the COVID-19 pandemic.

His claims have been amplified by far-right Dutch politicians.

Dutch Justice Minister Dilan Yeṣilgöz-Zegerius told reporters on Friday that the fundamental rights to freedom of speech and the right to protest were “not limitless”.

A letter from immigration authorities said, “there are concrete indications that [Icke’s] arrival in the Netherlands poses a threat to public order.”

Icke wrote on his website that the move was an “extraordinary, over-the-top response” from “the Dutch fascist regime”.

He had been expected to address a demonstration on Sunday by an anti-authority group. Law enforcement authorities have said the gathering will draw far-left counter-demonstrations and lead to public unrest.

In 2019, Australian authorities also cancelled Icke’s visa and refused him entry to the country ahead of a speaking tour.

A Dutch decision not to allow David Icke into the country also bars him from all of the 25 Schengen nations for two years. Icke, who espouses antisemitic conspiracy theories, had been due to give a speech in Amsterdam.
The Dutch government on Friday banned British conspiracy theorist David Icke from entering the Netherlands for two years. The ban also effectively bars Icke from entering any of the 25 European countries in the Schengen free movement area.

Officials in the Netherlands said he would “disturb public order.”

Icke posted a letter from the Dutch immigration services on his website, calling them “fascist.”

The letter says: “You have been internationally known for years as a propagator of conspiracy theories.”

His presence, as someone who had made “antisemitic and offensive statements in the past,” could lead to unrest in the country at a time when violence and threats against public figures are growing, said the Dutch government.

Who is David Icke?
A former footballer and broadcaster, Icke has in recent decades become infamous for his self-published books and speaking engagements that have espoused increasingly outlandish conspiracy theories.

Icke had claimed that the world is secretly controlled by a race of lizard people, and that the antisemitic hoax text “The Protocols of the Elders of Zion,” is genuine.

More recently, he has turned to giving speeches claiming that climate change and the COVID-19 pandemic are hoaxes.